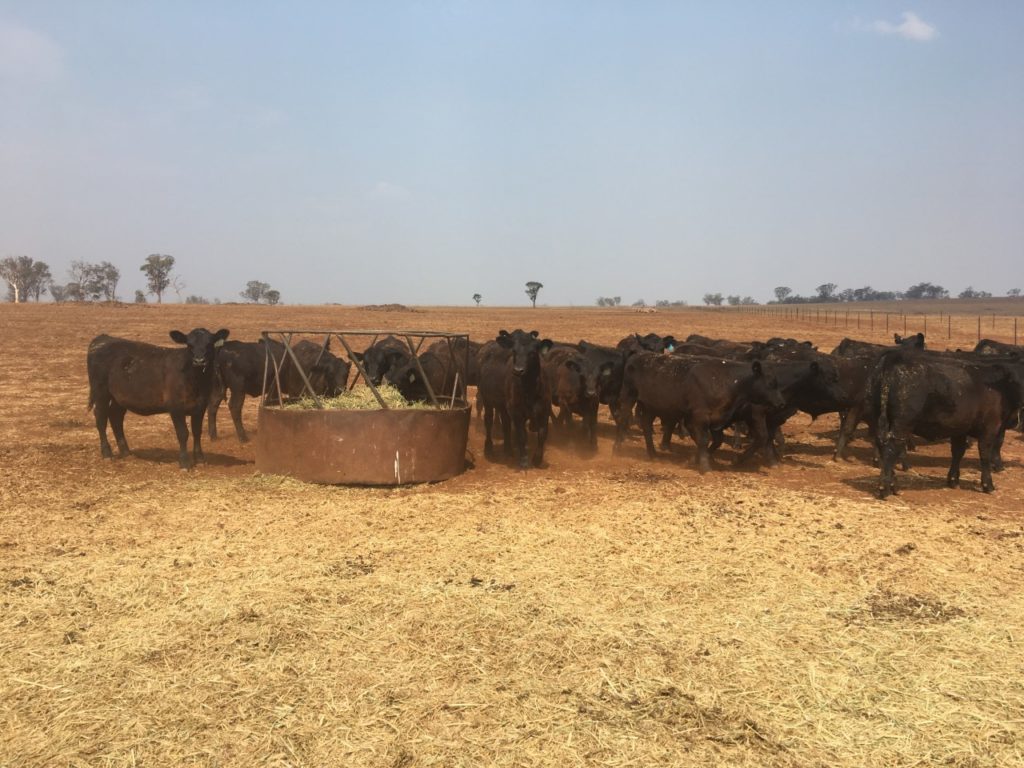 Like many breeders in the area, our calves have been weaned since November. We fence-line weaned, as per our normal procedure. This works well for us as we find both the cows & calves settle quickly. We drafted the calves into mobs based on weight & fed the calves in bunks initially but have now transitioned to self-feeders. They are being fed a high protein calf ration from Alexander Downs. We thought we would give some insight into what’s been working well for us & what hasn’t.

We’d love to hear about what’s working well for you. The more information we can all share the better!

These are simply our findings, not necessarily industry recommended practise.