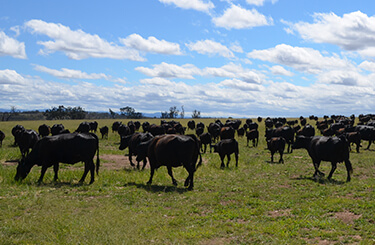 Therefore, my next question is: Why do most decisions made in agriculture put production first?

I blame ego. Ego combined with a lack of knowledge (see my previous article on ego).

One facet of ego defines success as ‘being/having the biggest or the best’.  Most people have an element of competitiveness in their nature (some more than others).

Given this competitive nature, we have a conscious and subconscious desire to be better than our peers. Unless you are in a trusting environment, such as that created by boards in the RCS Executive Link program, we don’t talk about profitability.  Why? There’s a couple of reasons. One – it’s considered ‘socially inappropriate’ to discuss it openly; or two – we don’t really know what our profit is, so we talk about productivity instead! That is much more sociably accepted and what we don’t know is made up anyway.

Who got the biggest yield?

What was your branding/marking rate (the most lied about number in ag!).

How heavy were your weaners?

How heavy were the lambs?

How big were your bullocks?

A consequence of this is that we inadvertently believe that the higher the productivity we achieve the more profitable we will be.  And… the better the bragging rights!

Unfortunately, high productivity doesn’t automatically equal higher profitability. Our level of productivity is definitely a driver of profit, however it isn’t the only one.

I’ll reinforce that point for you: profit isn’t determined by yields or growth rates, it is determined by how much you produced, what it cost you to produce and what you got paid for it.

Calculate and know your cost of production and profitability.

Read the full article at https://www.rcsaustralia.com.au/production-or-profit/